A court in Thessaloniki, Greece has accepted an extradition request from Russia for suspected Btc-e operator, Alexander Vinnik. Last month, a French request for Vinnik’s extradition was also accepted by Greece. 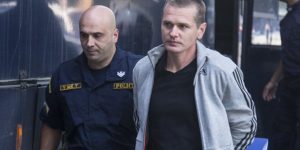 A senior panel of judges has accepted a request from Russia to extradite Alexander Vinnik, a Russian native suspected of operating former leading cryptocurrency exchange Btc-e, where he faces charges of fraud.

At a hearing on Monday, Mr. Vinnik denied the allegations of fraudulent activity made by Russian authorities. The request has created uncertainty as to Mr. Vinnik’s fate, as just last month a Thessaloniki court ruled to extradite Mr. Vinnik to France, where he is accused of laundering 130 million Euros worth of funds stolen via ransomware that “defraud[ed] over 100 people in six French cities between 2016 and 2018.” Mr. Vinnik challenged the charges, asserting that his actions in question comprised merely “legitimate[ly] […] transferring e-money through a platform.”

“I was working this way. My job is to trade with Bitcoin,” Mr. Vinnik said in July. Emphasizing that he had continued to conduct said transactions whilst situated in Greece, Mr. Vinnik added: “Since I have committed all these offenses, why is Greece not persecuting me?”

In May, it was reported that Mr. Vinnik had confessed to Russian accusations of money laundering and other crimes. 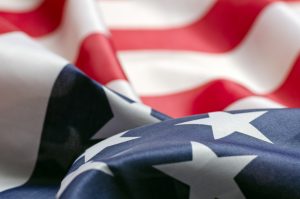 Ilias Spyrliadis, Mr. Vinnik’s lawyer, has argued that the French extradition request would immediately lead to further extradition to the United States, stating “otherwise the U.S. cannot get him, since the extradition process was blocked.”

Mr. Vinnik was arrested on July 26th, 2017 by Greek police under the order of the United States Department of Justice (DOJ) whilst holidaying with his family in Halkidiki.

At the time, the DOJ described Mr. Vinnik as “the owner and operator of multiple Btc-e accounts, including administrator accounts, and also a primary beneficial owner of Btc-e’s managing shell company, Canton Business Corporation.” The DOJ stated that Btc-e comprised “an international money-laundering scheme that, by virtue of its business model, catered to criminals — and to cyber criminals in particular,” adding that “Through Vinnik’s efforts, BTC-e emerged as one of the principal means by which cyber criminals around the world laundered the proceeds of their illicit activity.”

What fate do you think awaits Alexander Vinnik? Join the discussion in the comments section below!

At Bitcoin.com there’s a bunch of free helpful services. For instance, have you seen our Tools page? You can even lookup the exchange rate for a transaction in the past. Or calculate the value of your current holdings. Or create a paper wallet. And much more.