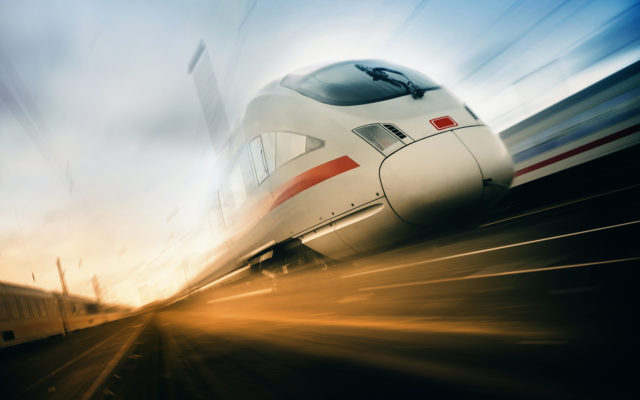 For the first time in over fifteen months, bitcoin is at five figures. A few hours ago BTC broke past the $10k price barrier and continued surging all the way up towards $11k in one epic pump. Analysts looking at the bigger picture are eyeing $100k if previous market cycles repeat.

The move to $10k has been rejoiced over in crypto land as mainstream media still slumbers. Once those headlines start gaining traction another wave of FOMO could take hold pushing the king of crypto even higher. At the time of writing bitcoin had pulled back slightly from its latest 2019 high of $10,900 and was trading at 00. They key take is that BTC has remained above $10k which could form a new solid level of support if it can hold gains over the weekend.

Looking at previous chart patterns shows the next resistance level at around $11.7k. After that, there is very little stopping bitcoin surging all the way to $17k. Trader Josh Rager pointed this out earlier when he tweeted

A long term lagging indicator, the 200-week moving average, is also on a steady uptrend and, as analyst ‘Plan₿’ points out, it could be one of the last opportunities to buy below $10k.

The long term chart patterns are very similar and the latest price action appears to be a fractal of previous ones.

Professional trader and technical chart guru Peter Brandt has taken a look at this theory and predicted that the fourth parabolic phase for bitcoin has now begun.

“Bitcoin takes aim at $100,000 target. $btcusd is experiencing its fourth parabolic phase dating back to 2010. No other market in my 45 years of trading has gone parabolic on a log chart in this manner. Bitcoin is a market like no other.”

Bitcoin takes aim at $100,000 target. $btcusd is experiencing its fourth parabolic phase dating back to 2010. No other market in my 45 years of trading has gone parabolic on a log chart in this manner. Bitcoin is a market like no other. pic.twitter.com/wE4j3riMgI

Looking at the time scale for this $100k high, it could come as early as Q1 2020 if the parabola plays out. This would tie in fundamentally with the bitcoin halving event which is due in mid-May of the same year, less than 12 months away.

Needless to say, bitcoin has been ridiculously bullish over the past three months. Its dominance is almost 60% and it has made a whopping 185% since the beginning of the year. There is little doubt now that a new ATH is on the cards in the coming months - and further gains after that.

How high will bitcoin price go this year? Add your comments below.

The post Bitcoin Set For $100k, Last Opportunity to Buy Below $10k appeared first on Bitcoinist.com.