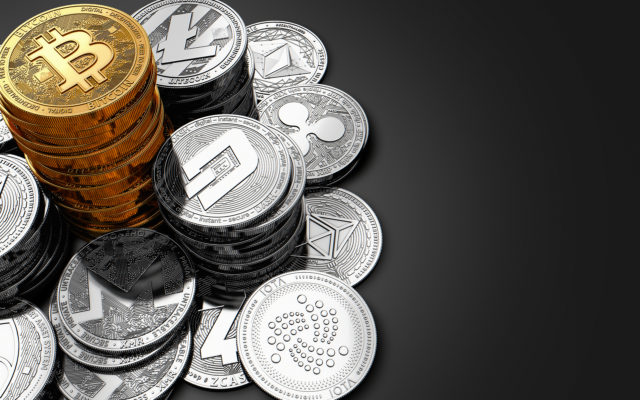 There has been no Monday correction for Bitcoin this week as the top cryptocurrency has held on to its weekend gains. With market dominance, a touch under 60% many traders and crypto aficionados are beginning to wonder if the altcoins will ever recover.

Bitcoin is back at its 2019 high of just over $11,200 at the moment. It has spent most of the past day consolidating around $10,800 but started heading north again during the morning’s Asian trading session. Since the same time, last week BTC has made a solid 20% and has shown no signs of slowing down. There is a lot of resistance in the $11,700 region but that has not thwarted Bitcoin previously. A correction right now would be healthy though as parabolic charts are not. That thirty percent plus chart move that many have speculated about would drop BTC from its current high back to around $7,800. At this level or lower, there is likely to be a lot more accumulation before the next leg up.

Many traders on Crypto Twitter are starting to express concern about the performance, or lack of, for most of the altcoins. While some such as Litecoin have done extremely well the majority still appear to be frozen over from crypto winter. An earlier tweet by blockchain entrepreneur ‘The Crypto King’ served as a reminder from 2017.

“All the focus is on BTC… did everyone forget 2017?
BTC pumps. BTC Stagnates.
Alts go absolutely bananas.
Altseason 2.0 Tik Tok.”

This sentiment has been echoed by crypto trader ‘Moon Overlord’ who has also looked back at patterns in late 2017 when altseason took off.

“The altcoin sentiment feels eerily similar to mid to late 2017. Bitcoin just went up and up and $ALTS got smoked. Then all of the sudden WHAM, a few alts lead the way and they started going 50, 100X out of nowhere. I suspect this time will be no different, you won’t get a warning,”

The altcoin sentiment feels eerily similar to mid to late 2017

Bitcoin just went up and up and $ALTS got smoked

Then all of the sudden WHAM, a few alts lead the way and they started going 50, 100X out of nowhere

I suspect this time will be no different, you won't get a warning

It is true that many of the top performing altcoins from 2017 have done very little in 2019. Big pump coins such as Cardano and Stellar have now been dumped out of the top ten and are still down from ATH by 91% and 85% respectively. Other previously high performing altcoins such as IOTA, NEO, OmiseGO, ICON, Qtum, Lisk, VeChain and 0x are still battered and bruised showing very little sign of recovery.

Many have speculated that a lot of 2017’s tokens will fade away and be usurped by new offerings this year but at the moment Bitcoin is still dominating markets and an altcoin season has yet to begin.

Will Bitcoin give altcoins a chance to move higher? Let us know what you think in the comments below.